With concerns over the recent surge in Covid-19 cases, the BCIHL has decided to cancel the Tom Harris Cup which was scheduled for January 7th, 8th and 9th in Victoria.

The change in schedule still leaves at least one significant matchup on the calendar for January 7th, when SFU is set to play host to the UBC Thunderbirds.

The last time these teams met in Burnaby, back in 2012, it was on the heels of a 3-1 SFU win at UBC. A packed house cheered on the home team. Despite losing in regulation by the same 3-1 score line, SFU would top UBC in a shootout to decide the tournament winner, with the winning goal scored almost fittingly by former Thunderbird and SFU transfer Billy Smith.

The 2022 matchup will be SFU’s third against USports competition this season, falling 8-2 to UBC and 6-5 to TWU during the pre-season Captain’s Cup tournament. SFU’s prospects are much different going into the January game, now undefeated (6-0) in BCIHL regular season play and the team’s 12 rookies having had time to adjust to the college game. Mid-season recruit and NCAA D1 transfer Nick Wicks (Clarkson University) will join the squad for his first game against UBC as well. The Thunderbirds on the other hand are one of Canada West’s top teams, boasting an 10-2 record with former Tri-City American (WHL) Tyler Sandhu leading the way with 15 points.

Seating will be limited, tickets can be purchased ahead of the game at shop.sfuhockey.com 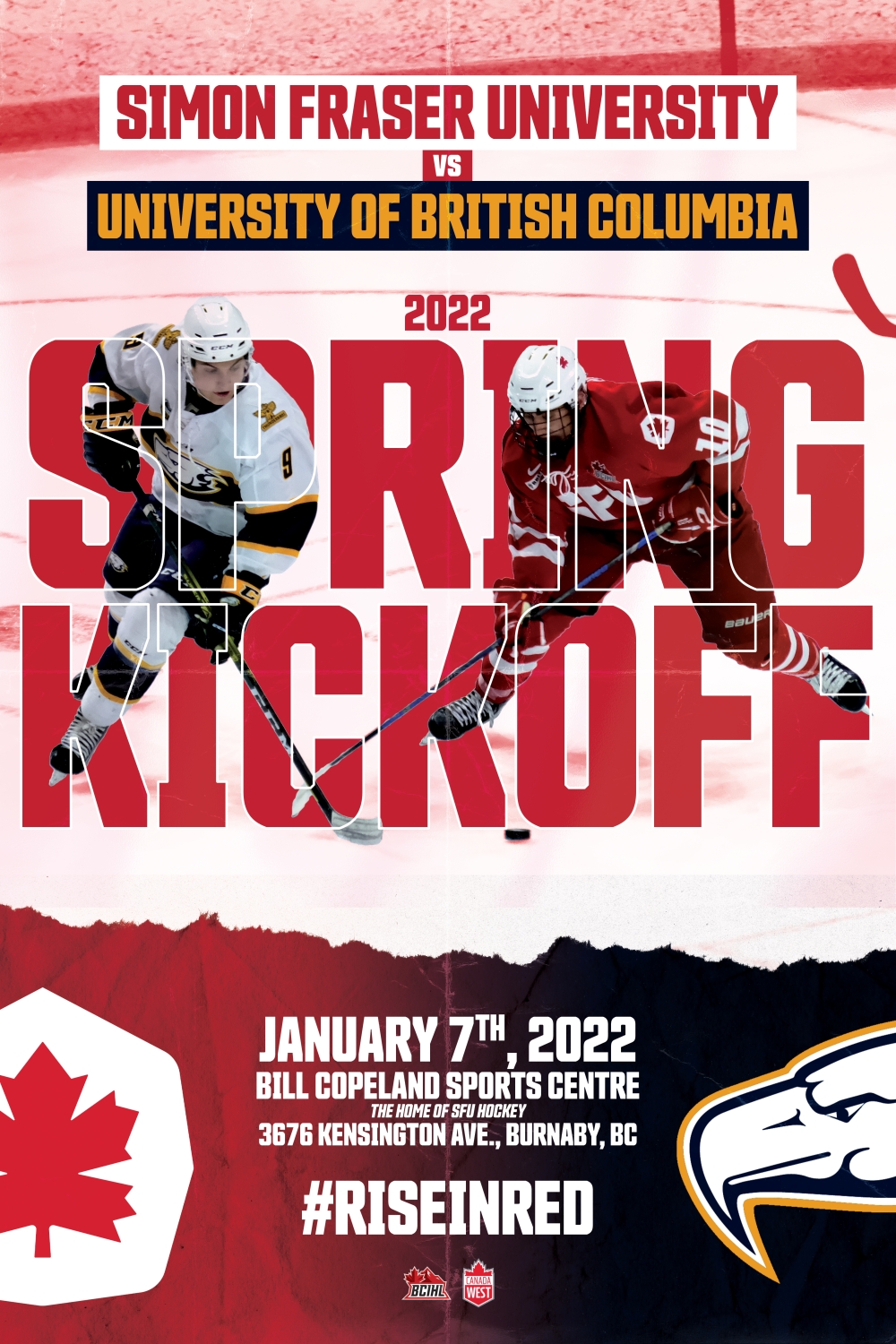